Last week, many people across the world (myself included) heard the news that made their hearts sink; Donald Trump has been elected President of the United States of America. 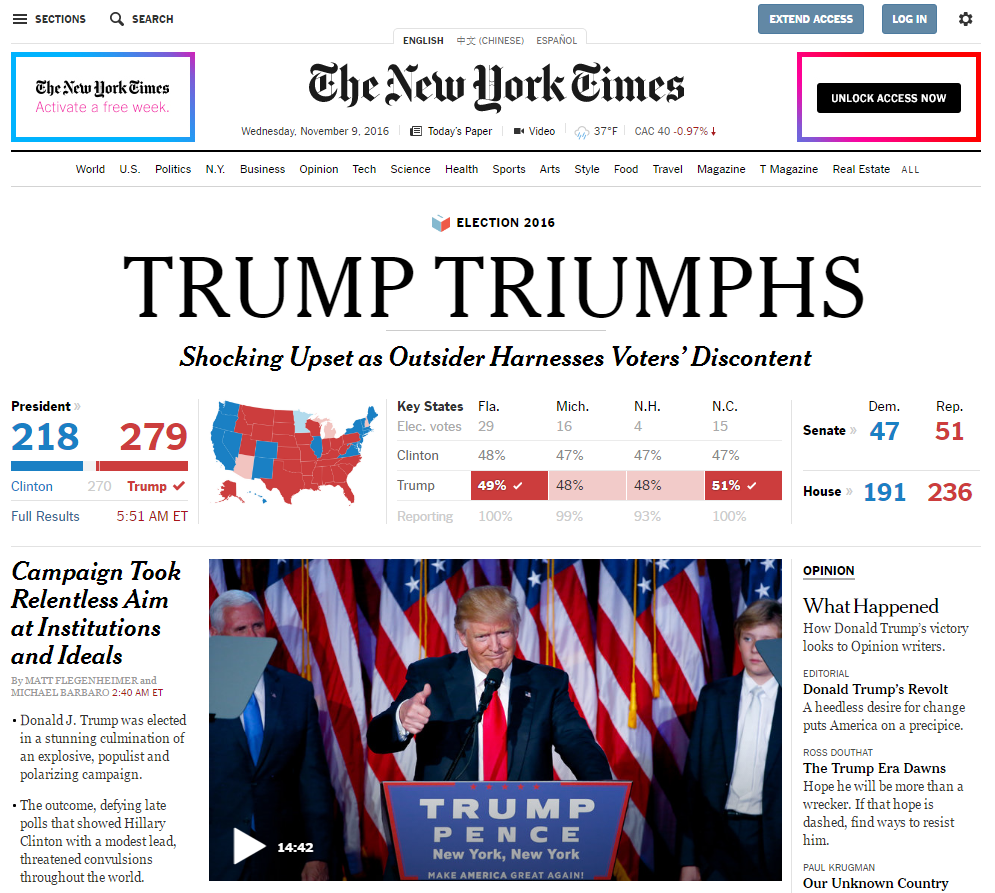 As a man who has made openly racist and sexist remarks, is under investigation for fraud, has had multiple Twitter tantrums and even promoted violence against protestors at his rallies, I’m finding it extremely hard to grasp that he will soon have control over one of the most powerful countries in the world. What’s more baffling is that it seemed there was a continuous stream of negative publicity and PR disasters surrounding him throughout his campaign and even before it had begun. But did all this negative coverage actually contribute to his success? 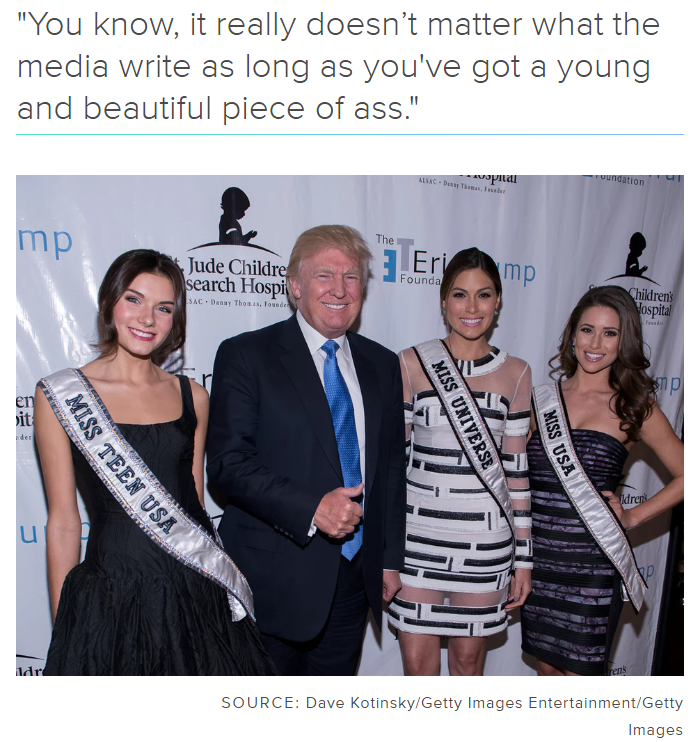 The phrase “all publicity is good publicity” is often wrongly associated with Public Relations, with some people believing that PR is purely about coverage. Of course, there is a lot more to PR than this and it’s my view that negative publicity will almost always damage your reputation and prevent the desired messages from being received by stakeholders. But perhaps Trump’s PR approach WAS to take advantage of this negativity and the coverage it was generating and, in fact, fuel even more publicity from his controversial behaviour. After all, a name and face that is consistently appearing in the news is more likely to stick in your mind, isn’t it? 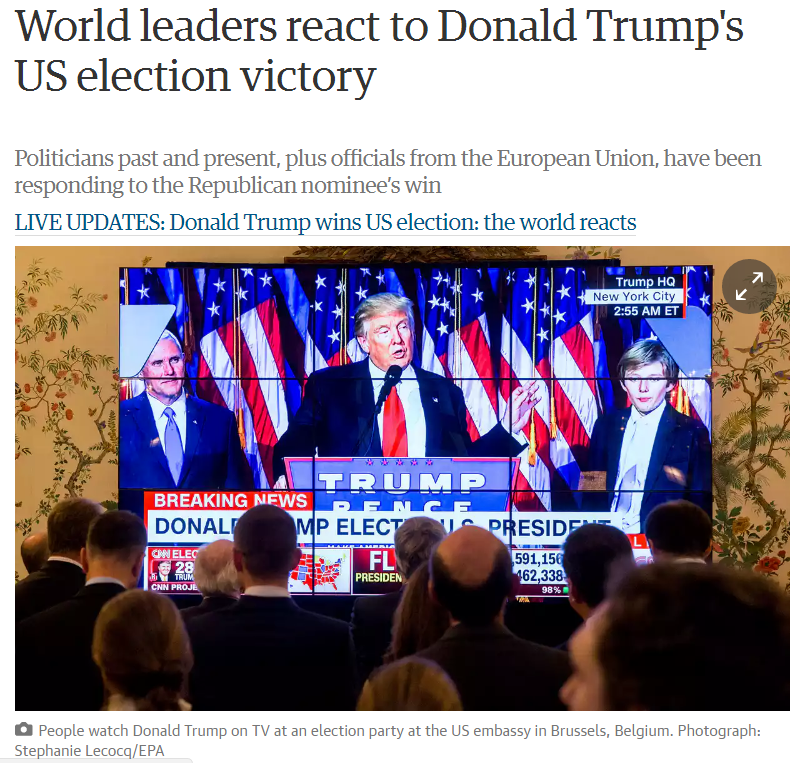 In the short-term, it seems that Trump has defied all the odds and harnessed the power of publicity to claw his way to the top. We can’t deny that his entire campaign, while highly controversial and downright outrageous at times, has definitely generated the ‘buzz’ that so many of us crave. While Hillary Clinton’s campaign was ultimately more focused on unity and a relatively professional approach, it seems that the existing negative perceptions of the Clinton family were used in Trump’s favour by heightening these emotions and dramatically dividing the nation. While many of us will see this as unprofessional and aggressive, it has ultimately paid off. As one seemingly true tweet says, negative coverage “only ignites the fire in the undecideds.” 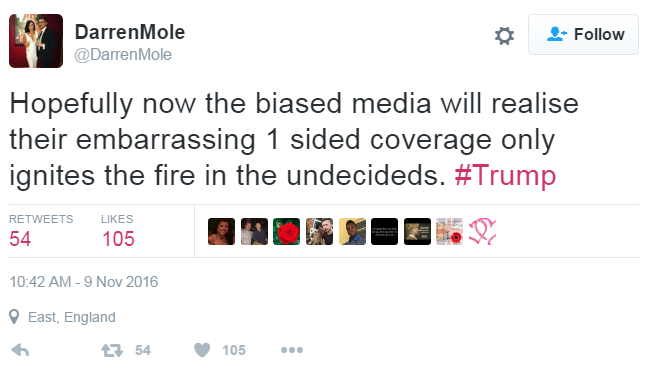 However, in regards to long-term reputation, social media has already demonstrated how opposition to Trump is starting to override his support. Looking through posts using the #trumpwins hashtag, the majority of tweets using this seemingly positive phrase are in fact strongly opposing Trump’s election, some even combining it with hashtags such as #HesNotMyPresident and #RIPAmerica. Of course, it is very early days at the moment and a lot will change in the time leading to Trump actually taking up office, but it’s interesting to see how the ever-changing nature of social media can always surprise us. 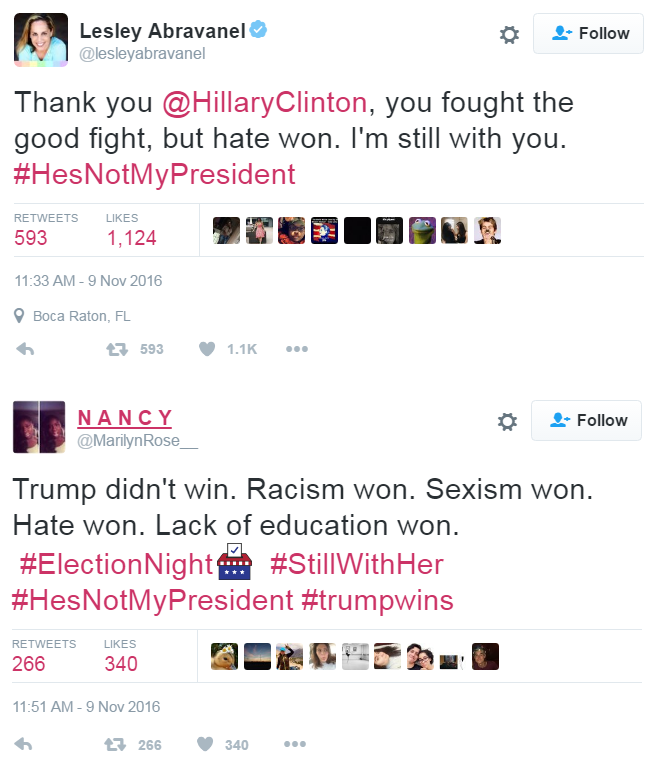 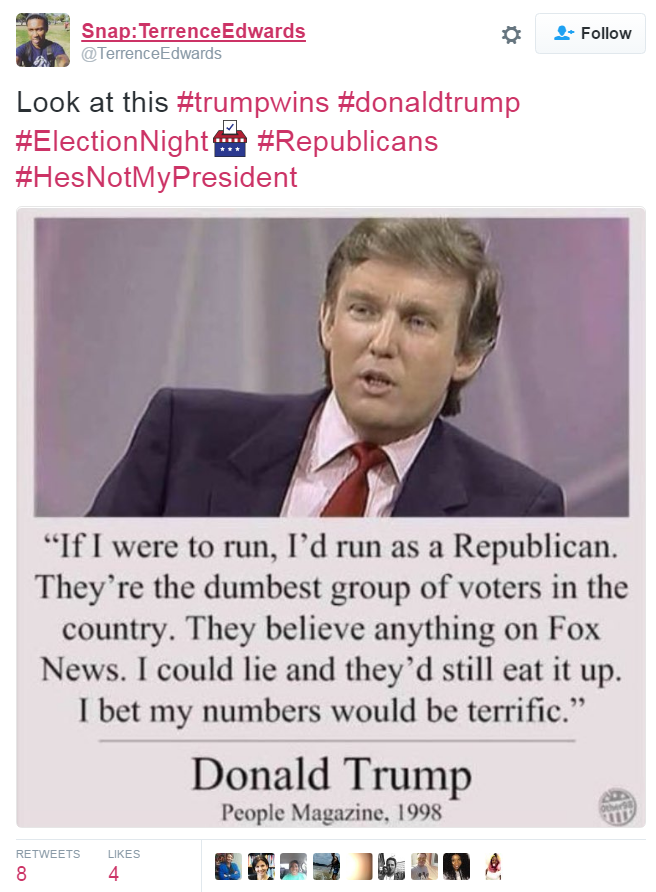 For now, all we can do is wait and see what the future holds for America; but in light of last week’s shocking outcome, these words from Barack Obama himself are even more chilling:

What do you think about the US Election? Let us know your views by tweeting us at @AneelaRosePR!