An innovative, zero-budget Social Media campaign run by ARPR, on behalf of Vision Aid Overseas, has raised more than £2,000 and reached over four million people online around the world, creating 18 million impressions along the way.

The #VisionWeek campaign ran from 12 to 18 May and focused on inviting Twitter and Facebook users to post ‘selfie’ pictures of themselves sporting an array of eye-catching eyewear in order to raise money and increase awareness of the charity’s work. For every ‘Selfie in Specs’ posted, the opticians Eyesite would donate £1 to Vision Aid Overseas.

Vision Aid Overseas fights poverty in developing countries by promoting access to affordable eye care, so the core message of the campaign was to support the importance of good sight whilst reaching new audiences and encouraging participation.

Please click the infographic below to enlarge and view the results of #VisionWeek.

The Power of Celebrity Endorsement

In this day and age where people can reach out and contact celebrities directly, #VisionWeek demonstrated by connecting with people in the public eye that the power of celebrity is never more valuable to charitable organisations.

The campaign encouraged celebrities as diverse as Johnny Vegas to Tim Lovejoy to Sam Fox, who all joined together to promote this worthwhile cause. This led to mass participation and the campaign going truly global with people donning spectacles in Zambia, Canada, New Zealand, Norway and everywhere in-between. 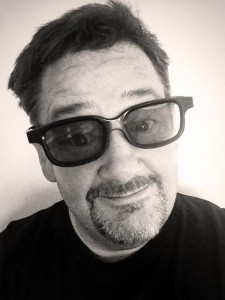 Commenting, Vision Aid Overseas’ development director Jeremy Jalie said he was ‘delighted’ with the results, calling it a landmark campaign for the charity.  “It was the first time we’ve utilised social media in this co-ordinated way, informing people about VAO’s work and raising money for our projects overseas,” he said.

“What makes it so valuable is that people were able to see immediately how much we were raising and where the money would go, as well as the record levels of direct engagement we’ve had with supporters in a relatively short space of time.  The numbers of people we’ve reached during the campaign is truly impressive. ”

Jim Green, co-founder and director of Eyesite Brighton, added:  “#VisionWeek was an exciting campaign and successfully drew a huge level of interest and support for VAO’s work.  As a titanium sponsor of Vision Aid Overseas, we are thrilled with the results.”