My First Week with Aneela Rose PR by Jess Dale

My First Week with Aneela Rose PR by Jess Dale

From National galleries to Asian-inspired restaurants, permaculture bands to social media workshops, my first few weeks with ARPR has been anything but quiet. As the newest addition to the team, it’s my turn to take over the Rosy Blog with a little insight into my first few weeks in Public Relations, ARPR style. 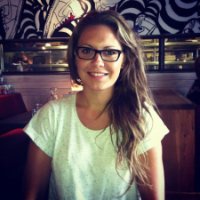 I expected nothing less than a week of meeting new faces, learning about new industries, figuring out what clients expect and trying to get to grips with a new agency and their general day to day workings. Already, I can say it has been an education thanks to the existing team of talented Roses who make up ARPR.

I’ve been involved with client projects from day one including the Brighton branch opening of London based restaurant itsu, the social media management of a range of clients including my new favourite,  eccentric Australian band The Formidable Vegetable Sound System plus I’ve also assisted with the upcoming launch of the prestigious City of London Corporation’s Heritage Gallery to name but a few of my daily projects!

The best thing about starting in a new agency is that it’s refreshing and most of all EXCITING. Each of my new colleagues have a field in which they excel at and a wealth of knowledge to share and learn from, all of whom have given me the time and opportunity to be involved as much as possible. Having only been in the industry for just shy of a year, my PR knowledge and experience is yet to be fully established.  One of the great things about working within Public Relations is that there isn’t just one way of doing something and doing it well. A team of different personalities will naturally create a diverse range of outcomes, which when developed in line with a specific client brief and managed in a way to blend the best of everyone’s ideas, it can create brilliant results for both client and team and ultimately this differs between agencies.

My first week has confirmed several beliefs about PR I already have, yet without a doubt, it has opened the doors to a whole new world which I am yet to learn and experience as a PR Executive. ARPR has thrown me in at the deep end which I believe is the best way to learn and something that is contrasting to my previous agency. The basics still apply; building media lists, assisting with sell-ins and general adhoc duties but other than that, the level at which I have been involved has increased hugely and subsequently so has my understanding and confidence within my role. Working in an agency that has so many varied projects going on is my ideal place to develop and I have no doubt that this is just the beginning of the madness!

Top 3 Tips to a Successful Start in PR